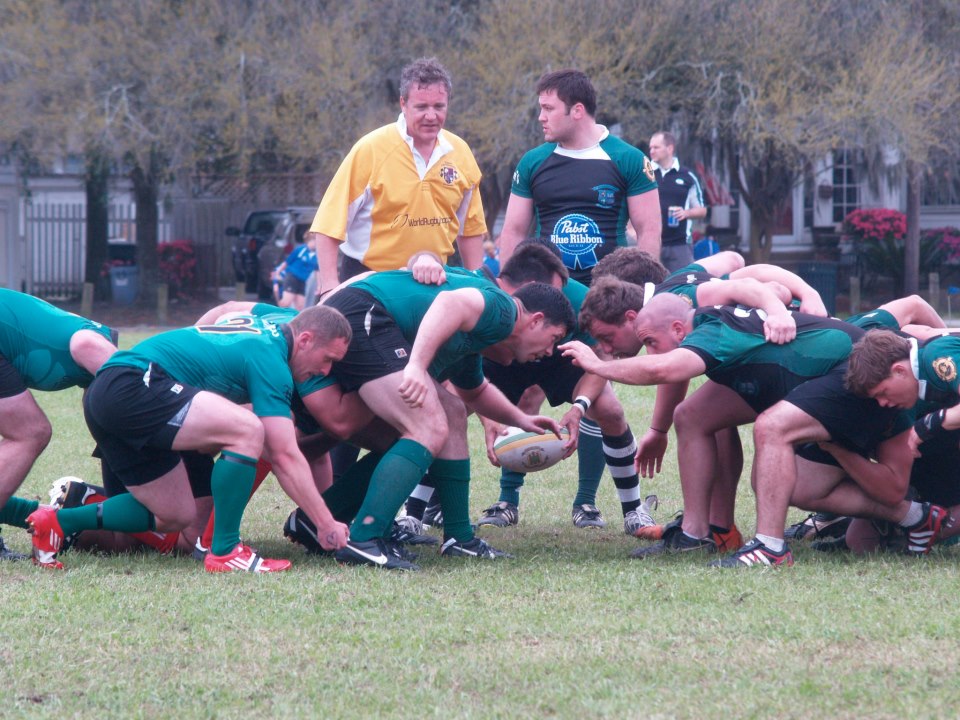 The Savannah Shamrocks Rugby Club has embodied the culture and spirit of Savannah sports since its inception in 1978. Equal parts social outlet and competitive team, the Shamrocks club is a member of USA Rugby and The Georgia Rugby Union. Since being founded by Tom Nelson and Carl Shoemaker, the Shamrocks have made a lasting impression in Savannah by introducing the rugged, respectful sport of rugby and launching the world famous St. Patrick’s Day Rugby Tournament that is played each March in Daffin Park. The tournament is now as fixed on the calendar as the St. Patrick’s Day parade through the squares of downtown Savannah and has generated thousands of visitors and dollars in charitable donations while drawing teams from around the globe to battle in the shadow of Historic Grayson Stadium. The club boasts a large membership that includes a senior men’s and women’s team, and the Shamrocks play home games in Forsyth Park and throughout the southeast wearing their trademark kelly green and gold uniforms.