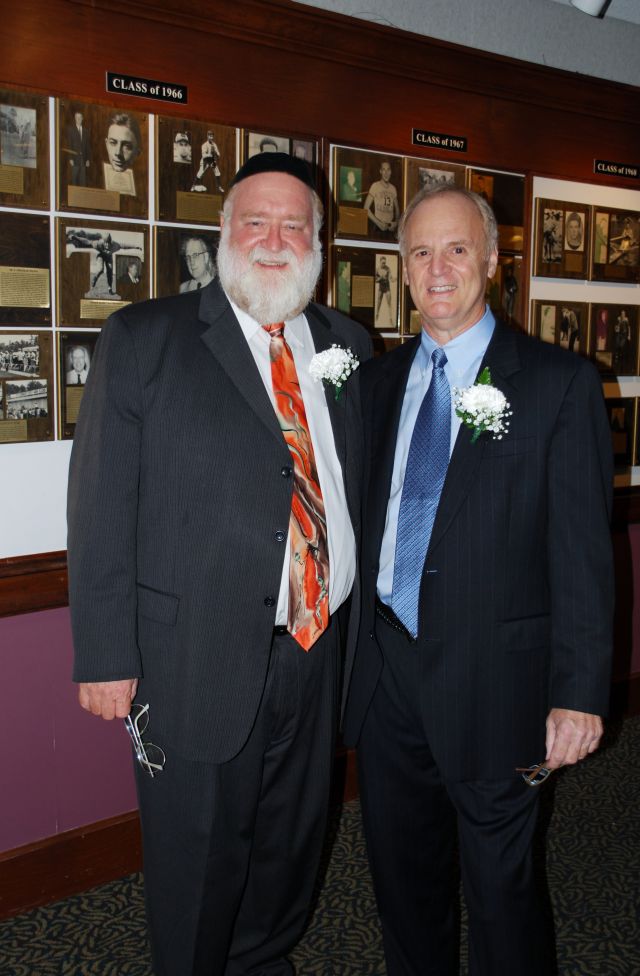 Abram “Pete” Palefsky and Bernie Kramer were inseparably connected as teammates on the basketball court, and their stories as two of Savannah’s most heralded players and prolific scorers are inextricably intertwined. Nicknamed “The Gold Dust Twins,” Palefsky and Kramer both starred on the hardwood for Commercial High School, the Jewish Education Alliance’s Golden Tornadoes in the Savannah Men’s City League and Armstrong Junior College during the 1940s and 1950s. They would often play two games in one night, dazzling crowds and bewildering opposing defenders with their almost extrasensory knowledge of one another’s movements. The dynamic duo led their teams to victories and never failed to entertain. Both men were honored with the Jerome C. Eisenberg Most Valuable Player Award at the Jewish Educational Alliance, and both have been inducted into the Jewish Education Alliance’s Athletic Hall of Fame. They both starred on Armstrong Junior College’s junior college state championship team in 1948, and both started for Commercial High School’s first basketball team in 1947. As players, coaches and mentors, Palefsky and Kramer made an indelible mark on Savannah as athletes and community leaders.