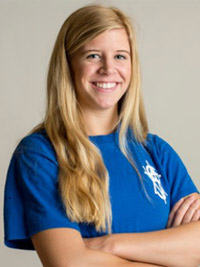 Sarah Stewart starred in volleyball, basketball and soccer at St. Vincent’s Academy and maintained an A average in the classroom. She won the Hollis Stacy Award and signed a volleyball scholarship with Mercer University. She was the leading scorer for the Saints on the basketball court, and she was an unstoppable force on the soccer field and volleyball court. She’s been the most dominant female athlete in the area for four years and led the Saints to a volleyball state title in 2016 and a berth in the state championship game in soccer in the same year.