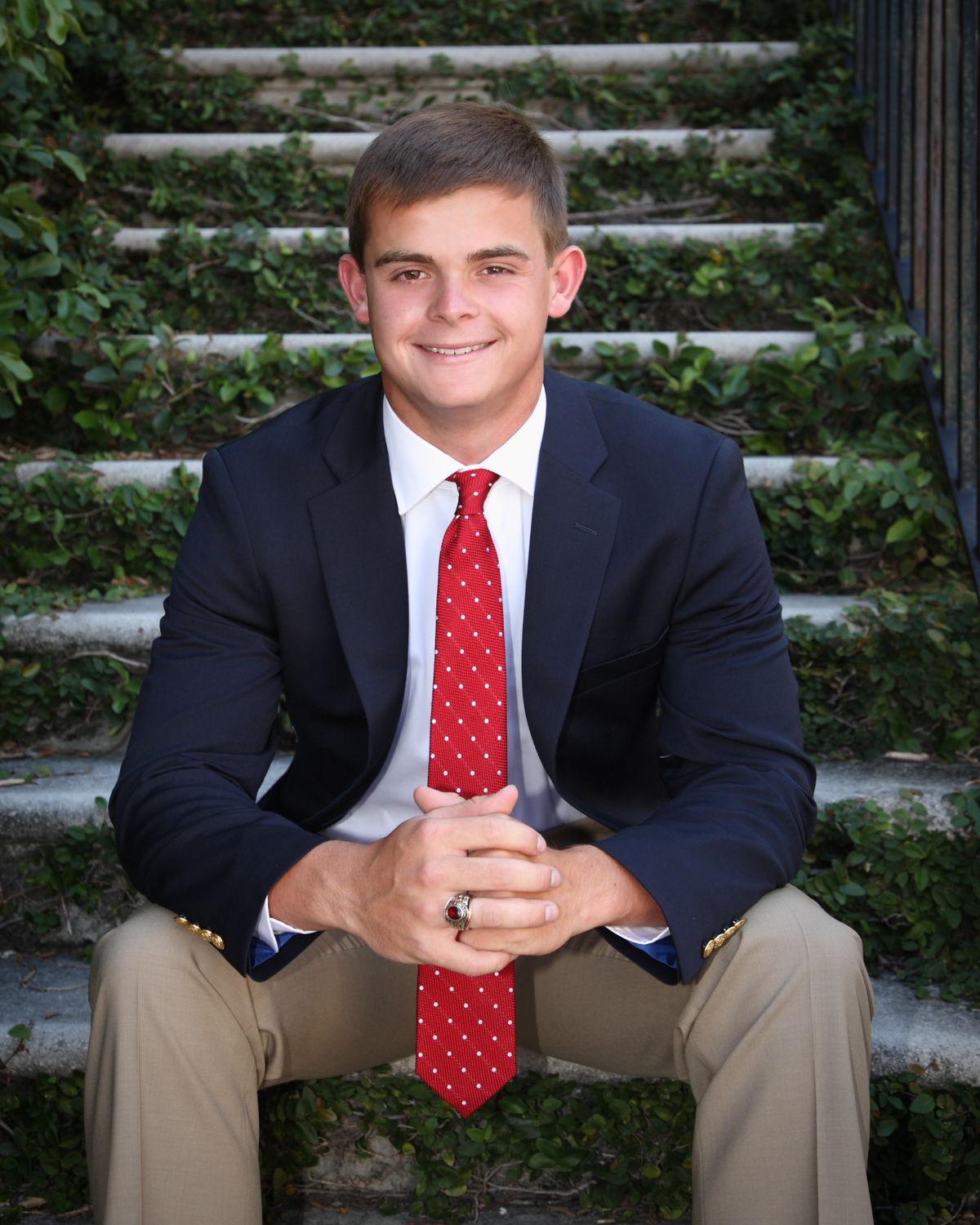 Nick Iannone has embodied leadership at Benedictine Military School. A three-year starter at quarterback for the Cadets, he’s a two-time Class AA state champion (2014, 2016) and was named Region 2-AA Player of the Year as a senior. Nick completed 105 of 168 passes for 1,849 yards with 18 touchdowns and nine interceptions as a senior and was a Atlanta Journal-Constitution First Team Class AA All State Football Team selection as well as the Savannah Morning News Offensive Player of the Year. During his career as a Cadet, Nick completed more than 60 percent of his passes with 58 touchdowns while posting an incredible 39-2 record. Off the field, Nick maintained a GPA of more than 4.0 and was the JROTC Cadet Colonel in charge of the Corps of Cadets as well as the BC Student Council President. Nick was also selected as one of 25 finalists for the U.S. Army-Pro Football Hall of Fame Award for Excellence, and earned acceptance to the U.S. Military Academy at West Point as well as Georgia Tech. He chose to accept a football scholarship from Georgia State University to continue his career as a quarterback. Nick Iannone has set a standard for excellence on and off the field at BC that generations of future Cadets will strive to reach.