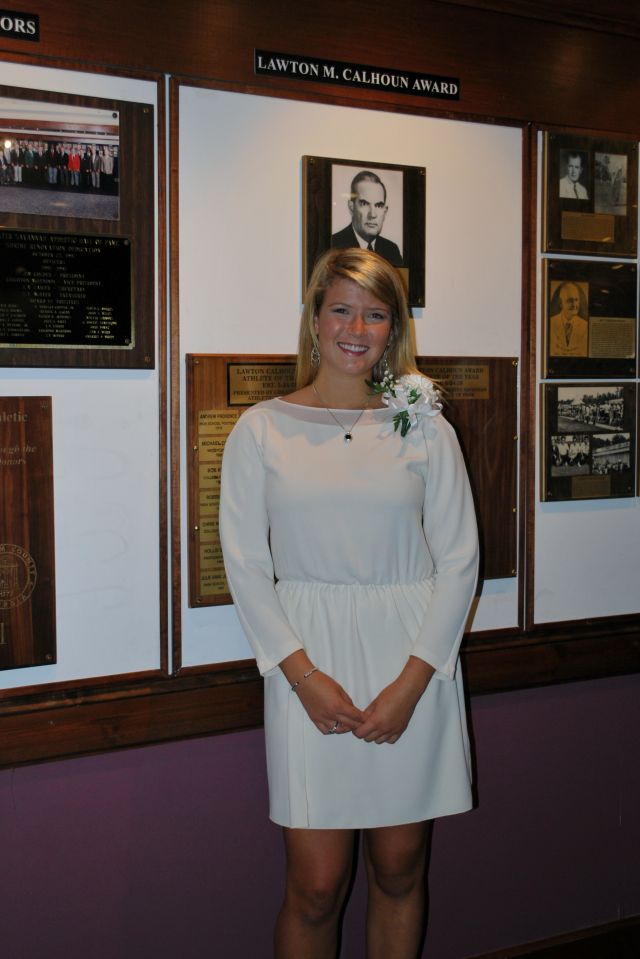 Cara Considine will be remembered as one of the most dominant volleyball players ever to play in Savannah. In her senior year at Savannah Country Day, the imposing outside hitter led the Hornets to a 37-7 record and a top ten final ranking in the state in Class A/AA. She recorded a stunning 310 kills to go along with 244 digs and 46 aces, and she was honored as the area’s best all around player by the Savannah Morning News and Area 2-AA/A coaches for the second year in a row. Her teammates voted her the team’s Most Valuable Player for the second straight year, and her efforts propelled the Hornets to an 18-game winning streak to end the regular season, a victory in the Area 2-AA/A region tournament and a victory in the first round of the state tournament. She was honored as the Most Valuable Player at the 2011 Volleyball at the Beach Tournament and the 2011 Ampest Spikefest Tournament.