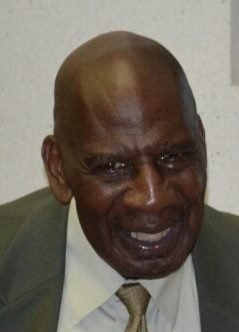 After a standout local high school athletic career at A.E. Beach High School, Lucius “Bo” Levett made a career in sports that impacted Savannah’s youth for generations to come. Levett founded the Savannah Policemen’s Athletic League in 1964 to expand recreational sports for Savannah’s youth and coached football and basketball for the Cloverdale neighborhood teams. Levett served as a mentor, father figure and advisor to young people and took teams to national tournaments for more than 20 years. In 1968, Levett coached the SPAL basketball team to a national championship in Newark, NJ, and his teams would national honors 19 times during his career. He joined the Harlem Globetrotters as an equipment manager and referee in 1985 and traveled to more than 120 countries with the team. He was elected into the Beach High School Athletic Hall of Fame in 1996, and has managed a referee association since 1966 offering officiating at the local, state and regional levels. Levett was a community leader and advocate for personal growth through sports, and his lasting impact is the hundreds of former players who took the torch from him and continue his mission of discipline, dedication, integrity, sportsmanship and respect for the game and love of family in Savannah’s youth sports community.