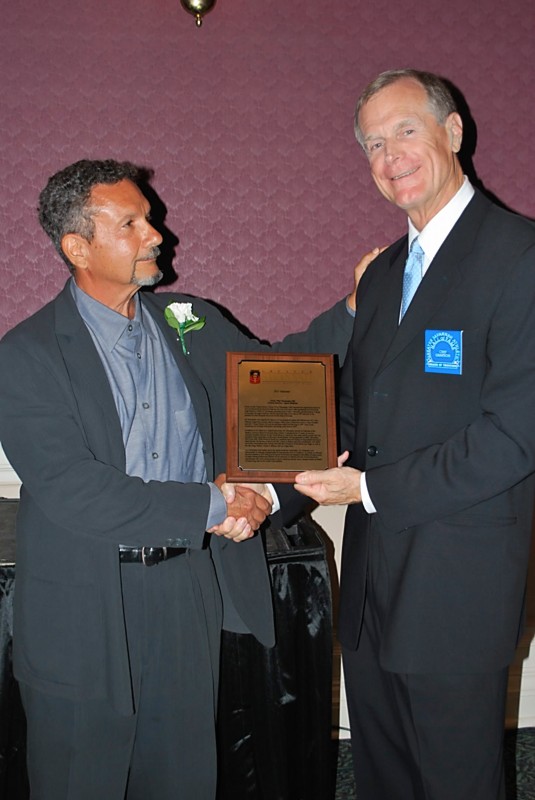 Known as the “Fight Doctor,” Edwin “Flip” Homansky, MD, has been the ringside physician for more monumental boxing bouts than anyone else in the sport. After graduating from Savannah High School in 1968, Dr. Homansky graduated from Tulane University and the Medical College of Georgia. He began working with boxing in the state of Nevada in 1981 and rose to the position of Chief Ringside Physician for the State of Nevada. Dr. Homansky was ringside for fights involving household names like Muhammad Ali, Larry Holmes, Sugar Ray Leonard, Marvin Hagler, Mike Tyson, Oscar De La Hoya, Felix Trinidad and Julio Chesar Chavez. He was the physician called into the ring in 1997 when Tyson notoriously bit Evander Holyfield’s ear during a title bout in 1997. In addition to his duties as a ringside physician, Dr. Homansky served as Chairman of the Medical Advisory Board of Nevada State Athletic Commission for 12 years, he was the Assistant Medical Director for the World Boxing Council for four years and he was the first Vie President of the Association of Boxing Commissioners. He has appeared on HBO, Showtime, ESPN and ABC Wide World of Sports as a medical expert on boxing, boxing-related injuries an head injuries. He has also worked with NFL teams to address and treat quarterbacks who suffer successive concussions and worked with both the University of Nevada at Las Vegas as well as the San Diego Padres’ Triple A affiliate, the Las Vegas Stars. As a trendsetter and leaders and in the sports medicine community, Dr. Homansky was instrumental in reducing championship boxing matches from 15 rounds to 12 rounds, he initiated the first mandatory HIV testing in the sports world and was integral to the efforts of major sports to begin testing professional athletes for the presence of anabolic steroids. He has played an instrumental role in the advancement of sports medicine and has been a tireless worker on behalf of improving care for the world’s best athletes.