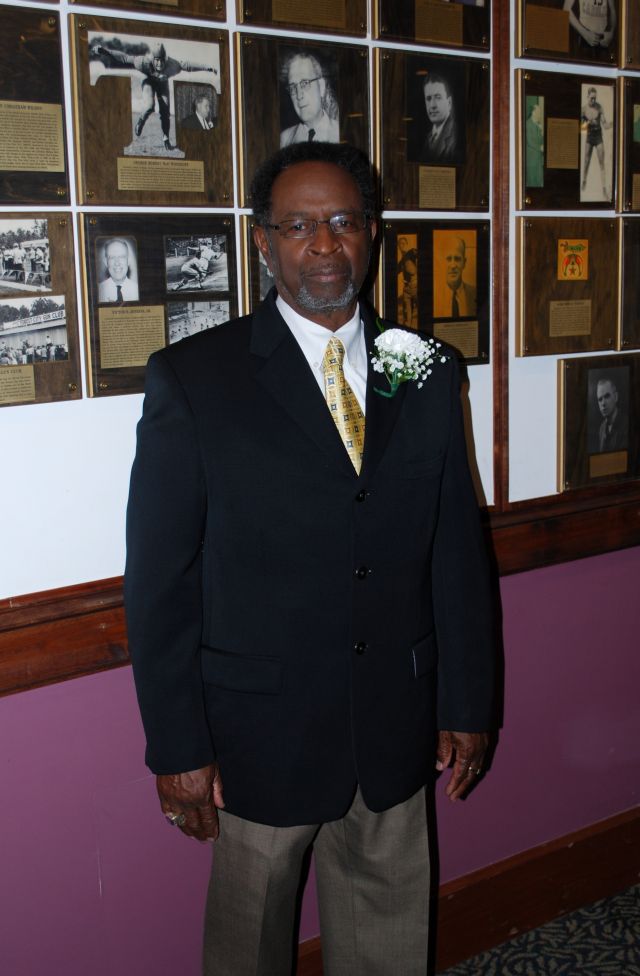 Carl Middleton played an irreplaceable and invaluable roles in the lives of the many young people he taught, coached and mentored during his career at A.E. Beach High School. In more than 45 years of service to the school, Coach Middleton successfully coached football, track and field, basketball and softball and served as athletic director. As the girls’ track coach, he built a powerhouse, winning six region championships, 12 city championships and finishing in the top 10 in the state four times. He guided the boys’ track team to a runner-up finish in the state in 1967, and during his career his boys’ and girls’ track teams captured more than 150 victories. As a basketball coach, he boasted a career record of 154-10 in boys’ junior varsity basketball and began the development of the members of Beach’s 1967 Class AAA state championship team when they were underclassmen. The Georgia High School Association honored Coach Middleton six times as Coach of the Year and recognized him for 25 years of service. The Beach High School Athletic Hall of Fame honored him further by creating the Carl Middleton Mal Athlete Award presented each year to the school’s most outstanding male athlete. Coach Middleton has had a resounding and immeasurable impact on the lives of the students and athletes he coached at Beach, and he will be remembered as a stable fixture and guiding light in Savannah’s athletic community.