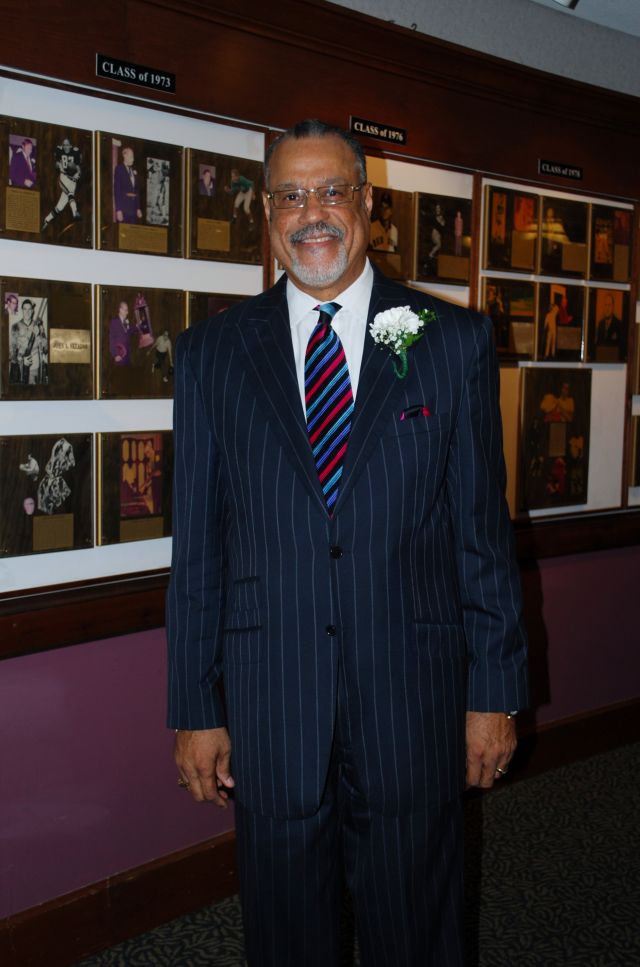 Wilson Scott, Jr., was a member of one of the most talented and courageous teams in Savannah’s rich and illustrious basketball history. Scott averaged 14 points and eight rebounds as a high school junior to help propel A.E. Beach High School to the 1967 Class AAA state championship in the first year that schools for black students were allowed to compete in the Georgia High School Association tournament. After helping to bring Savannah its first state basketball crown in more than 20 years, he improved during his senior year as the Bulldogs finished as the Class AAA runner-up in 1968. Known for an accurate corner jump shot and impressive leaping ability, Scott received a basketball scholarship to Kansas State University and then transferred to NAIA Western Carolina University. While at Western Carolina, he played on three teams that averaged more than 20 wins per season and averaged in double figures for points and rebounds for his career. He helped the Catamounts win a District 6 championship and advance to the NAIA National Tournament. Although his career was interrupted by a knee injury, Scott will forever be remembered as one of the most gifted and accomplished basketball players ever to play in Savannah.