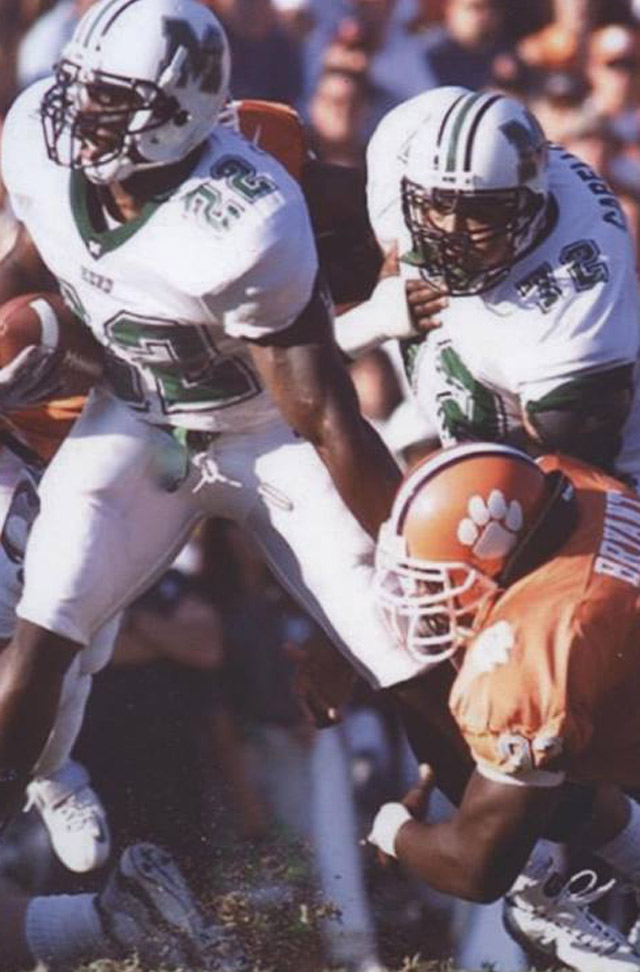 Terry Bryant was a unstoppable force on the football field at Johnson High School before becoming an All ACC performer at Clemson University and signing NFL contracts with the Washington Redskins and Green Bay Packers. His professional career was end prematurely by injuries, but he was a celebrated defensive lineman at Clemson. He was an All ACC selection in 2000 and the recipient of Clemson’s “Solid Rock” award given to the most dependable player both on and off the field. He played in four bowl games during his college career and finished his college career with 1,559 plays from scrimmage, 117 tackles, 17 tackles for loss and sacks. While at Johnson, Bryant was selected to receive both the Lawton M. Calhoun Award from the GSAHOF and the Dearing Award despite playing on a team that finished with a 1-9 record. He was a SuperPrep All American and ranked as the 12th best defensive lineman in the country by one publication, and he was ranked as one of the state’s top 10 players by the Associated Press. As a senior, Bryant had 25 tackles for loss and six sacks, and he piled up 18 sacks during his high school career. He was ranked as the 13th best overall player in the Dixie Region by SuperPrep. Although his playing days were cut short, his athleticism and work ethic separated him as one of Savannah’s most memorable and talented athletes.