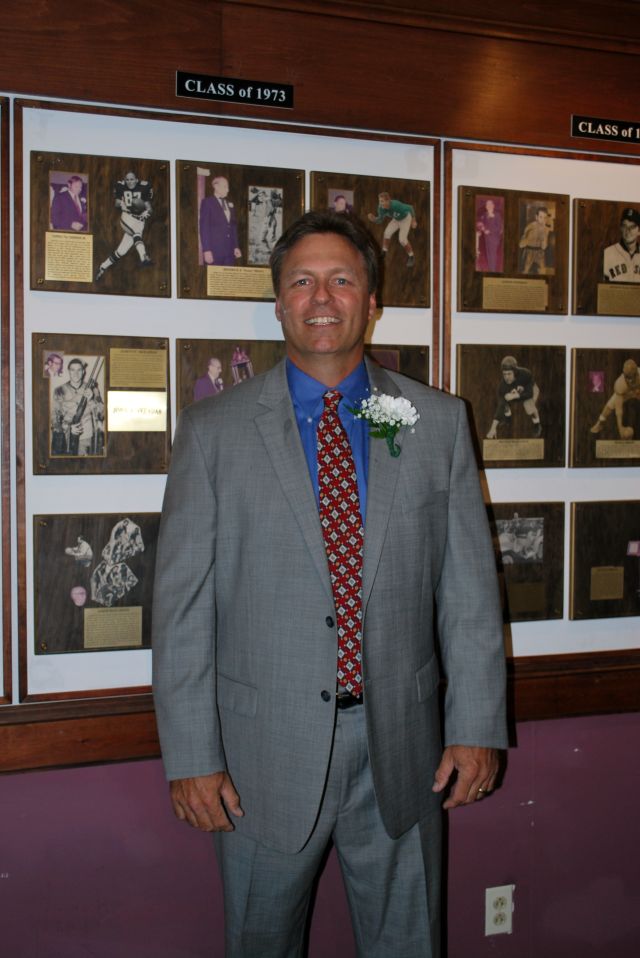 Robbie White remains an iconic figure in Savannah sports history. One of the few athletes to capture both the Lawton M. Calhoun Award and the Ashley Dearing Award which both recognize athletic excellence, White was a shining star on some of Savannah Christian Preparatory School’s most talented and accomplished football teams. With White at the helm, the Raiders won a SEAIS Class AAA state football championship in 1981, and White’s legend was sealed with a game-winning 80-yard drive at Memorial Stadium in the state final against Southland Academy. White connected with teammate Charlie Sizemore four times in the game’s final 30 seconds, including a 38-yard touchdown gamewinner that will forever be remembered in Savannah Christian lore. White went on to play for East Tennessee State University from 1982 through 1986, where he was a multiyear starter at quarterback for the Buccaneers and earned the distinction of being a team captain in 1985. In 1984, White was selected as the Southern Conference Offensive Player of the Week for his performance in a Homecoming victory over Georgia Southern. While White’s most memorable performances came on the football field, he also excelled at basketball and baseball at Savannah Christian. During his senior year, he became one of the most decorated athletes in Savannah Christian’s long and proud athletic history when he was named the Most Valuable Player for the football, basketball and baseball teams. During his high school career, he was selected as an All State performer in football, basketball and baseball. White’s body of work in high school and solid college football career make him one of the most well-rounded and naturally gifted athletes ever to lace up cleats and sneakers in Savannah.