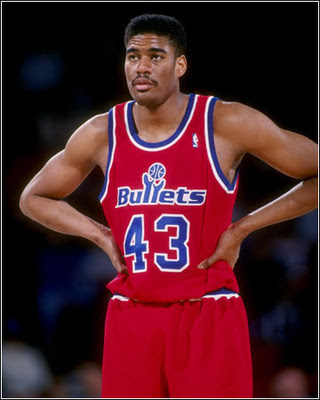 Pervis Ellison needs no introduction in Savannah. After being named a McDonald’s High School All American in 1985 following an incredible high school career at Savannah High School, the 6-foot-9 Ellison was the centerpiece on Louisville’s 1986 NCAA National Championship team, earning the nickname, Never Nervous Pervis,” and becoming the first ever freshman named the Most Valuable Player of the NCAA Tournament. At Savannah High, Ellison was an unstoppable force, leading Ron Love’s Blue Jackets to sub-region championships and the Class AAAA final four. When he moved on to Louisville, he was a three-time Metro Conference All Conference performer as well as the Metro Conference Co-Player of the Year and a consensus First Team All American in 1989. He was drafted No. 1 overall in the 1989 NBA Draft by the Sacramento Kings and played more than a decade of professional basketball for the Kings, the Washington Bullets, the Boston Celtics and the Seattle Supersonics. He was the Most Improved Player in the NBA in 1992 and scored more than 4,400 points and grabbed more than 3,100 rebounds in his career. He represented the United States in the Pan American Games and was named the Lawton M. Calhoun Award winner by the Greater Savannah Athletic Hall of Fame in 1987. His accomplishments elevated the profile of basketball in Savannah and made an unforgettable impact on the city’s sports history.