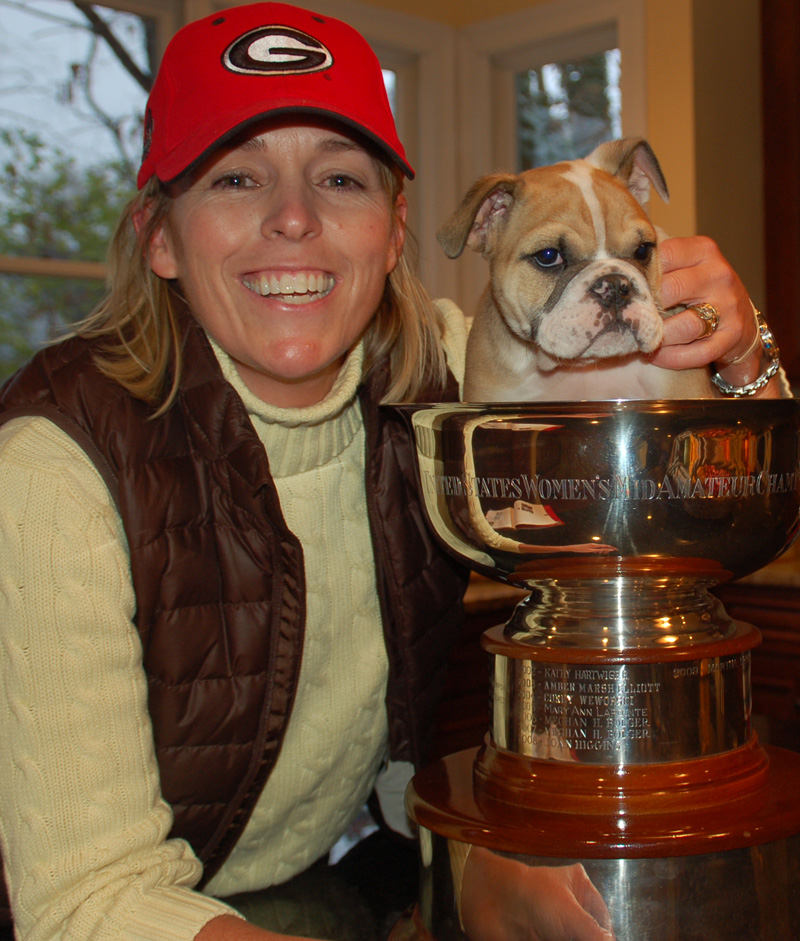 Martha Stacy Leach has been a prodigious champion on the golf course in five different decades and throughout the United States. One of the most accomplished women in Georgia’s rich golf history and a respected player at the national level, the 2009 United States Golf Association Mid-Amateur champion, 1978 Georgia Girls Junior champion and 1992 Texas Women’s Amateur champion was inducted into the Georgia Golf Hall of Fame in 2018 and the Kentucky Golf Hall of Fame in 2015. She was an All SEC performer at the University of Georgia in the 1980s and won the Bermuda Amateur in 1979 and the Women’s Southern Intercollegiate Championship in 1980. Martha was an alternate on the 1996 USGA World Team and the 1994 Curtis Cup team, and she has advanced deep into the match bracket of the US Women’s Amateur in four different years. She qualified to compete in the US Women’s Open in 1979 and 1994, and was named the Kentucky Female Player of the Year in both 2016 and 2017. Martha Stacy Leach has sustained a rare level of excellence on the golf course for more than 40 years, making her one of the most celebrated athletes in Savannah sports history.