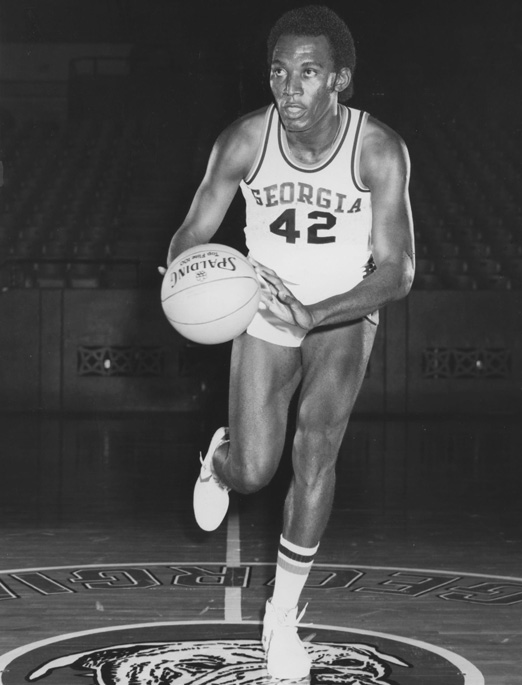 Lucius Foster, Jr., was already a well known commodity before he became a basketball star at the University of Georgia. Lucius was a Parade Magazine All American in 1974 and won two state championships at Savannah High School. He was named the Most Valuable Player of the 1974 Class AAA state tournament and was named an All State performer for three consecutive seasons in high school. As a senior, Lucius averaged an incredible 27 points and 11 rebounds per game, and he immediately showcased his talents at Georgia. He still holds a record for most blocked shots in a game and averaged double digit scoring in all three years he was healthy as a Bulldog. He scored nearly 650 points and grabbed almost 450 rebounds at Georgia in 53 games, finishing with a career average of 12 points and 8 rebounds per game. His three-year run at Savannah High will always be recalled by Savannah sports fans as one of the most dominant careers in the city’s storied basketball history.