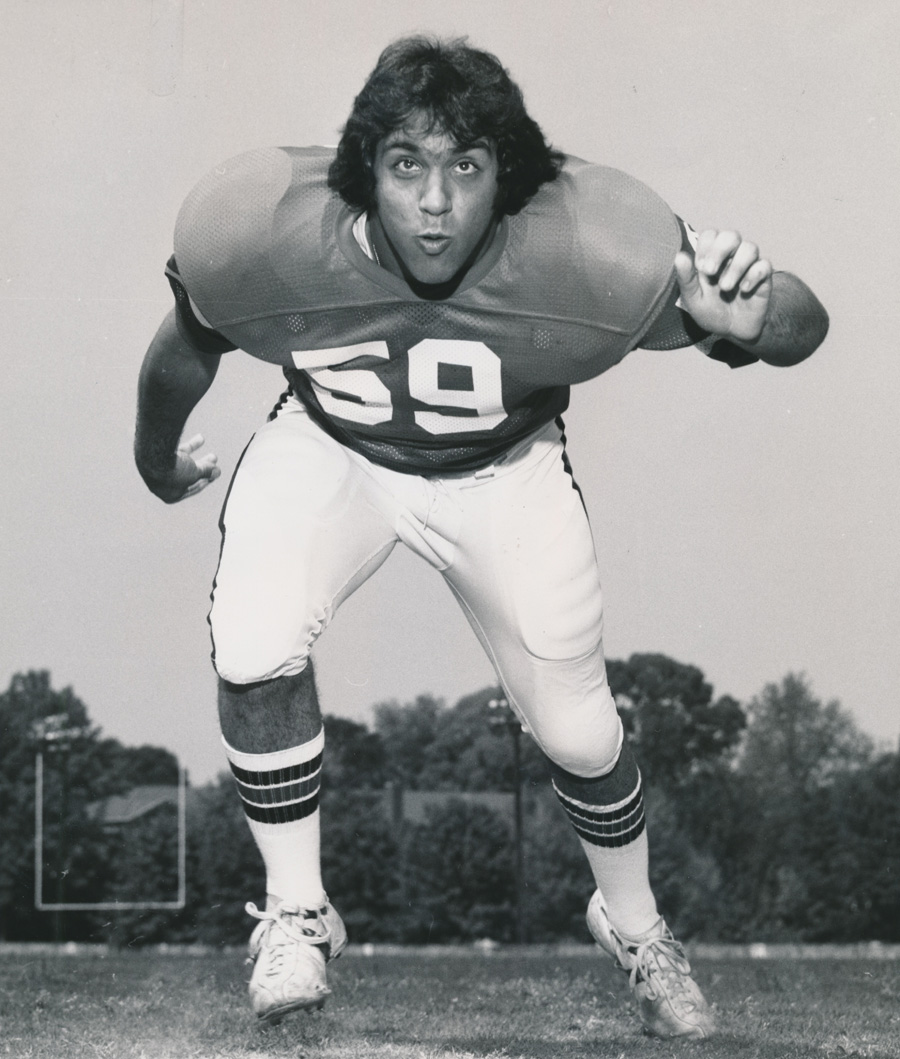 After an All City high school career on the gridiron for Benedictine Military School, Louis J. Freedman walked on to the University of Georgia football team in 1975 and went on to become the epitome of the Bulldogs’ “Wonderdogs” defense in 1978. Nicknamed “The Mole” at Georgia, Freedman earned a scholarship by the end of his freshman season and played an important role on Georgia’s SEC Championship team during his sophomore season. During his junior year, he excelled on the field, recording four quarterback sacks and blocking two passes in a victory over Mississippi to earn United Press International Player of the Week honors. As a senior, Louis was a starting defensive tackle and played a critical role on a team that defeated Clemson, LSU, Florida, Auburn and Georgia Tech. He was inducted into the Jewish Educational Alliance Hall of Fame in 1997 and has been a lifelong to contributor to youth athletics in Savannah’s Jewish community. Through talent and perserverance, Louis Freedman authored one of Savannah’s most inspirational underdog stories.