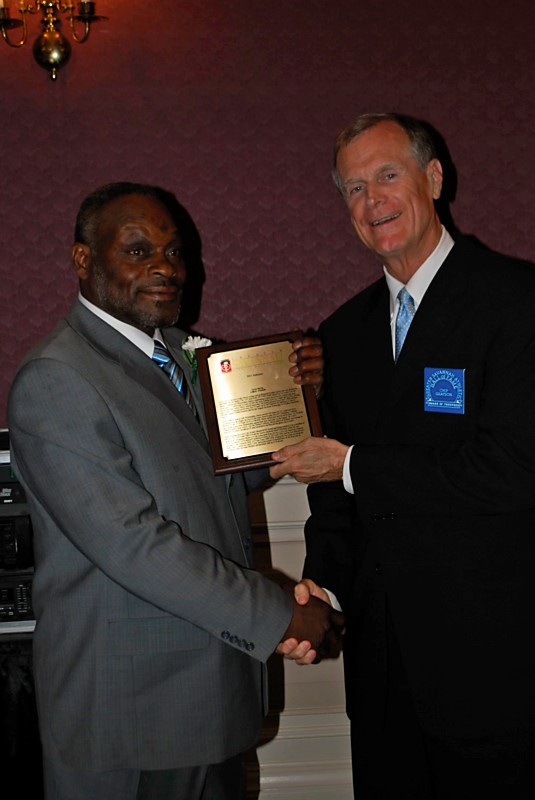 Leroy Harris enjoyed a high school, college and professional football career that was defined by highlights and accolades. The 123rd pick in the 1977 NFL Draft played for five years with the Miami Dolphins and Philadelphia Eagles, establishing a team record for the longest run from scrimmage (77 yards) and a rookie records for most rushing yards in a single game (140). During his professional career, Harris carried more than 440 times, amassed more than 1,800 rushing and scored 13 rushing touchdowns. His 77-yard run in 1977 against the Baltimore Colts on Monday Night Football remains tied for the longest run from scrimmage in Dolphins franchise history. In the 1980-81 season with Philadelphia, Harris carried 104 times for 341 yards and three touchdowns as the Eagles advance to the Super Bowl to play the AFC Champion Oakland Raiders. In the 27-10 Super Bowl to Oakland, Harris started and carried seven times for 14 yards and caught a pass from Philadelphia quarterback Ron Jaworski. In the Eagles’ 20-7 NFC Championship Game victory over the Dallas Cowboys, Harris started at fullback and carried 10 times for 60 yards, including a 9-yard touchdown run that put the game out of reach. After winning the Coca Cola Golden Helmet MVP Award and being selected to be a member of the All-City First Team, Harris found his was to Arkansas State University where he was selected for Honorable Mention by the Associated Press NCAA 1-AA All-American Team in 1976. He earned All Southland Conference honors in 1975 and 1976, and he was selected as a member of the Arkansas State All Time Team 1909-1976. During his two years at Arkansas State, Harris rushed for nearly 2,000 yards and scored 15 touchdowns. In his first year at Arkansas State, the team finished unblemished with an 11-0 record.