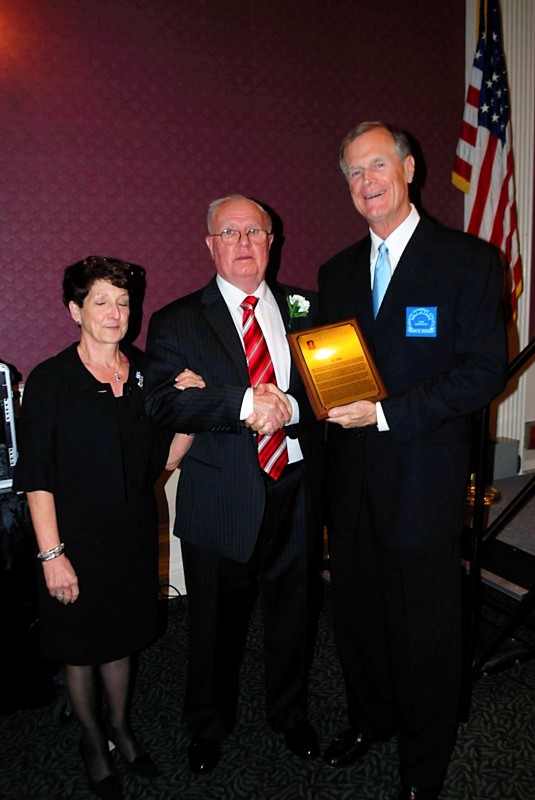 Larry Thompson one of the most versatile athletes Savannah has ever seen. While at Benedictine Military School from 1956-60, Thompson was an All-City performer in football and basketball and was good enough at baseball to eventually play on scholarship at the University of Georgia. BC supporters fondly remember that Thompson threw the touchdown pass to beat Savannah High in 1979 in the last Thanksgiving Day game played between the two rivals in 1959, and they may remember Thompson as a standout on the basketball court who averaged nearly 19 points per game and earned a scholarship to play basketball at UGA. Thompson’s accomplishments made him the third runner-up for the Ashley Dearing Award during his senior year in 1960. After his freshman year at UGA, Thompson elected to focus his talents on baseball transferred his scholarship from the hardwood to the diamond. In three years of varsity baseball, he never batted worse than .299 and was the Captain of the 1964 Georgia baseball team. Following his senior year, he coached the Georgia freshman baseball team to an 11-1 record in 1965. Thompson’s contributions and to Savannah sports have continued through his lifetime. He received the 2005 John Hodges Outstanding Achievement for Sports from the Savannah Sports Council for his decades of sponsorship for nationally competitive slow pitch softball teams. The Thompson Sporting Goods team won the 1985 American Softball Association (ASA) Class A national championship, and Thompson was a driving force behind the development of the Allen E. Paulson Softball Complex in Savannah. Thompson has been elected to the ASA Georgia State Hall of Fame as well as the Savannah Softball Hall of Fame, and his efforts and reputation were instrumental in attracting national men’s and women’s softball tournaments to Savannah during the 1980’s.