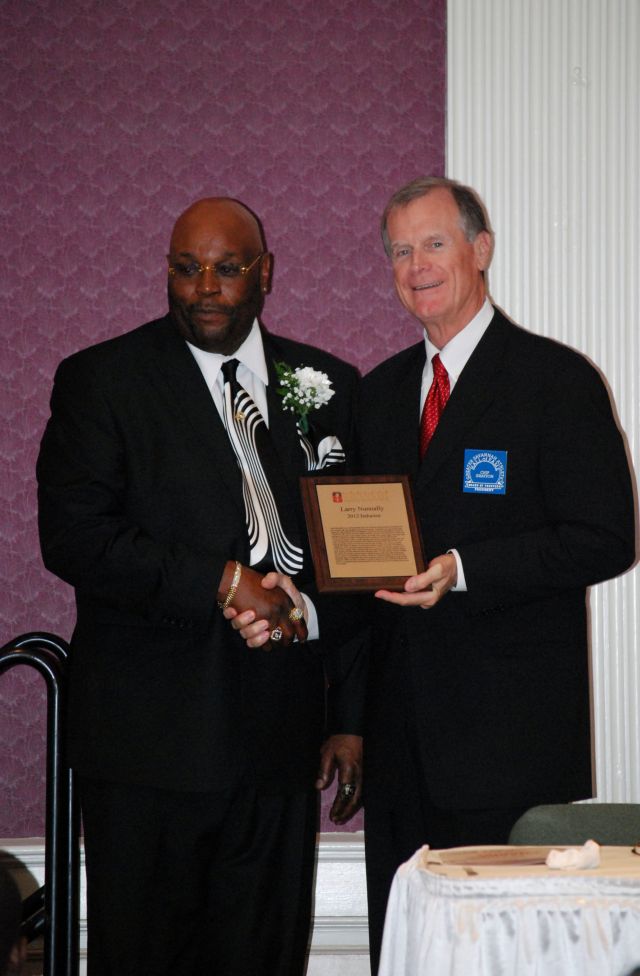 Larry Nunnally is an unforgettable figure in Savannah sports history. Standing well over six feet tall and weighing nearly 300 pounds, “Caveman” was one of the most respected, intimidating and accomplished athletes in the storied athletic history of Tompkins High School. During a stellar football career for the Wolverines under the tutelage of revered Coach Joseph Turner, Nunnally was a team leader and three-year starter at defensive tackle. During his senior season, he led the Wolverines’ “Graveyard Defense” with 12 quarterback sacks and 80 unassisted tackles and was twice recognized as the Lineman of the Week by the Savannah Quarterback Club. Following high school, he went on to star for The College of the Canyons Junior College and make an impact as a defensive player on the University of Southern California’s 1974 national championship team. In 1972, he was the captain of his team at The College of the Canyons and was voted the team’s most valuable player after playing on both offensive and defensive lines. He was named a Junior College All-American and the national Junior College Player of the Year after leading his team to back-to-back Western State Conference Championships. At Southern Cal, Nunnally played alongside future NFL standouts such as Clay Mathews and Dennis Thurman. While he was at Southern Cal, the Trojans won the 1975 Rose Bowl and a national championship by defeating Ohio State and won the 1976 Liberty Bowl over Texas A&M.