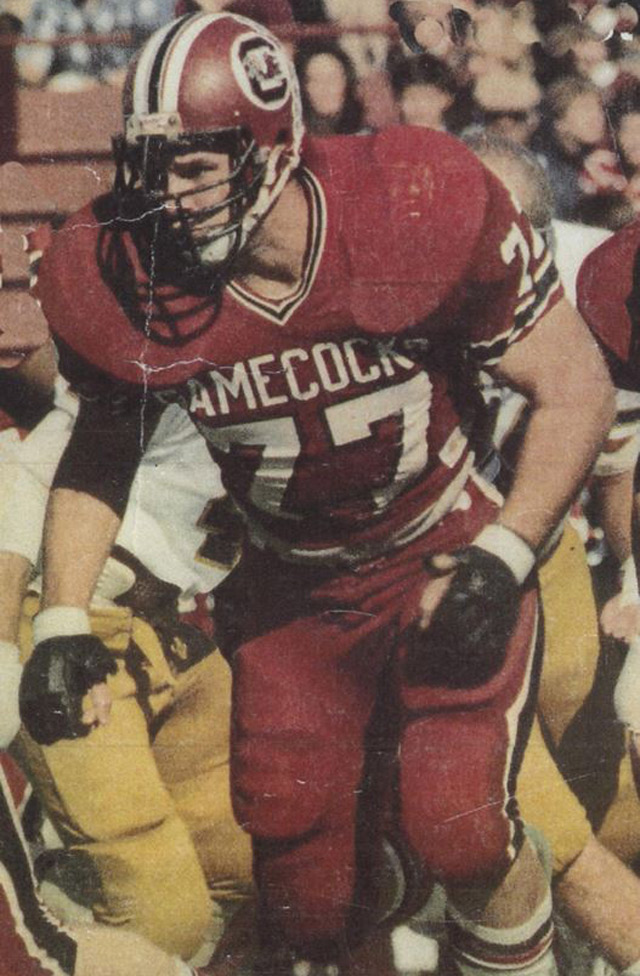 After earning three letters at BC from 1976-80 and earning Savannah News Press Lineman of the Year and Savannah Quarterback Club Lineman of the Year in 1980, Jim Walsh, Jr., went on to excel at the University of South Carolina. He lettered with the Gamecocks as a linebacker during his freshman year, and then moved on the play offensive line for the remainder of college playing career. As a 6-3, 235-pound lineman in high school, Walsh was an All State selection and played for BC teams that won 31 games and three consecutive region championships. At South Carolina, he was known as the team’s strongest and most reliable player, and his leadership and blocking skills earned him a brief stint with the Tampa Bay Bandits in the United States Football League. He played for South Carolina’s 1984 team that started the season 9-0 and rose to No. 2 in the country in the Associated Press rankings with wins over Georgia, Notre Dame, Florida State and North Carolina State. After his playing career, Walsh went on to a successful coaching career highlighted by region championship teams at Bradwell Institute in 2001 and 2002. Through his performance on the field and leadership off the field, Walsh distinguished himself as one of the greatest athletes in Savannah’s history.