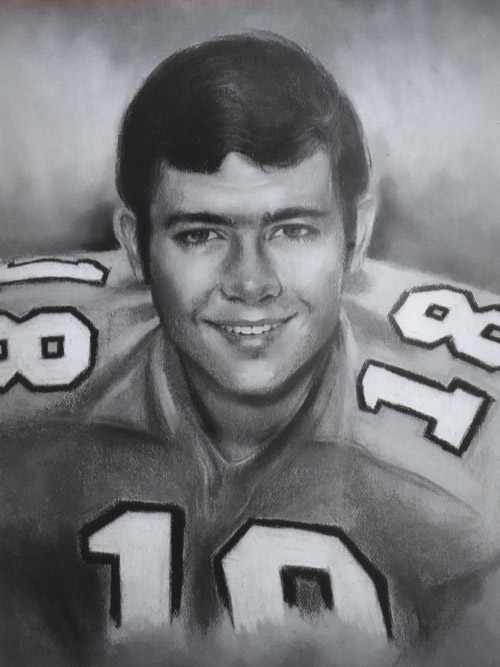 O’Neill was a talented quarterback who guided Jenkins to a 9-1 record and #6 Class AAA state ranking in 1967. His achievements on the field earned him a first team All State selection as well as an Honorable Mention All American selection. He was awarded a scholarship to play football at Georgia Tech, and he played from 1969-72 despite his career being interrupted by injuries. O’Neill lost a battle with leukemia in 1980 but will be remembered as a spirited leader on and off the field throughout his athletic career and life.