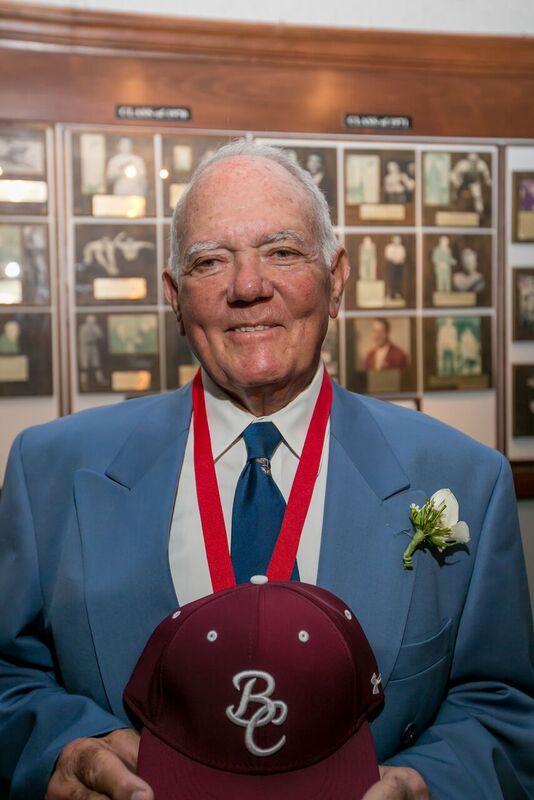 Hank Lehwald’s athletic ability was hard to hide, and his talent allowed him to excel in any sport he chose while growing up in Savannah. Eventually he would forgo a football scholarship offer from the University of Florida to sign a Major League Baseball contract with the Los Angeles Dodgers. After his professional baseball career was shortened by injury, he was the captain of Georgia Southern University’s first golf team. During his high school athletic career at Benedictine Military School, Lehwald was a four-year starter in football, basketball and baseball. He was an All City performer three times in football and selected as an All State and All American performer. He holds the distinct honor of being recognized as BC’s greatest defensive player ever, and he was the Savannah Quarterback Club’s Back of the Year in 1961. He was also an All City and All State performer as a catcher on the BC baseball team and led the Cadets to the school’s first baseball state championship in 1961. Lehwald’s phenomenal natural ability enabled him to be a standout performer in virtually any sport he played and made him one of the most universally respected athletes in Savannah’s sports history.