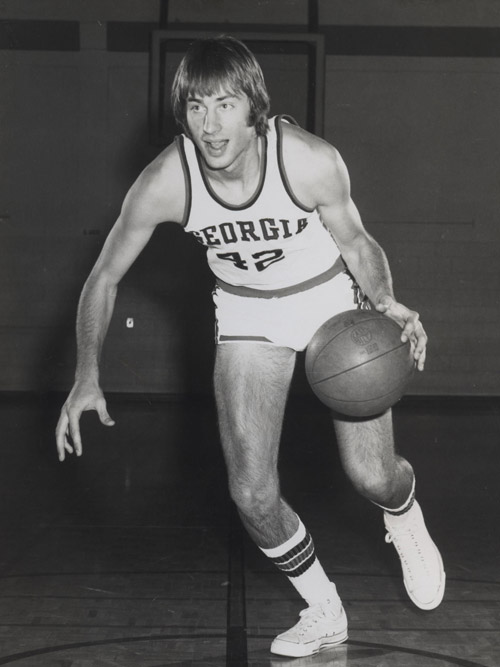 Gregg Ewaldsen was a consistent force for Savannah High School in the early 70s, helping the Blue Jackets compile a record of 80-9 during his three years on the team and win the 1972 Class AAA state championship. Ewaldsen carried his steady style to UGA, where he was a standout scorer on the Junior Varsity team before becoming a dependable contributor for the Varsity team during his junior and senior seasons. As a senior at UGA, Ewaldsen’s attitude, work ethic and performance made him the recipient of the 1977 Tommy Reeder Memorial Scholarship which goes annually to the player showing outstanding ability, leadership, scholarship, and character.