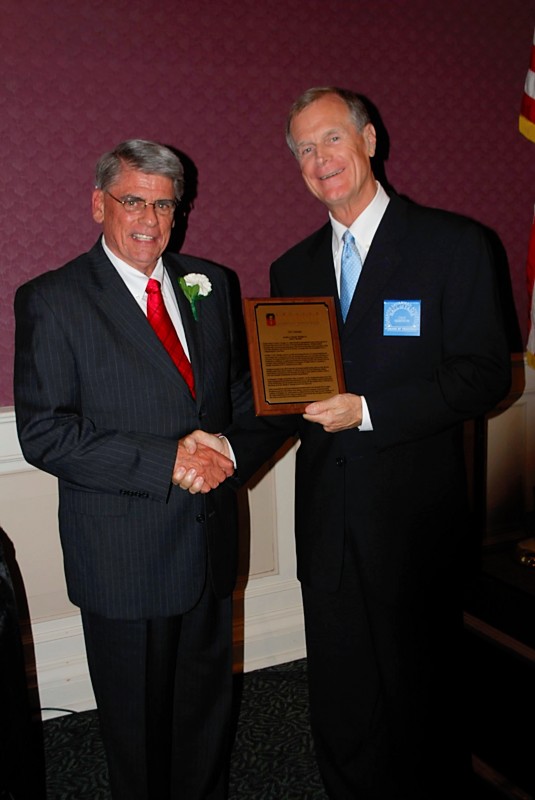 Donald Albert “Donnie” Woeltjen made himself an unforgettable fixture in the memories of Savannah High School and University of Georgia baseball supporters. Woeltjen pitched Savannah High into the championship game of the 1958 Georgia High School Association Class AAA state tournament and went to the University of Georgia where he accomplished one of college baseball’s rarest feats. On May 3, 1963, Woeltjen pitched a perfect nine-inning shutout in a 5-0 victory against arch-rival Georgia Tech. It remains the only nine-inning perfect game ever recorded in the history of University of Georgia baseball and it is the only nine-inning perfect game in the history of the Southeastern Conference in a game played between conference foes (in 1963 Georgia Tech was a member of the Southeastern Conference). In the game, Woeltjen retired 27 consecutive Georgia Tech batters with 11 strikeouts and no walks. Woeltjen was listed in the 2010 University of Georgia baseball media guide as on the all-time pitching greats in the school’s history. In 1998, he received the first Outstanding Athletic Achievement Award given by the University of Georgia to honor athletic excellence while at UGA and exemplary humanitarian acts following graduation. At Savannah High, Woeltjen earned three letters in baseball, was the starting point guard on the 1959 region championship basketball team and started for two years at offensive guard and linebacker on the football team. He was named to the South Georgia All Star baseball team in 1959 and was the runner up for the Ashley K. Dearing Award in the same year.